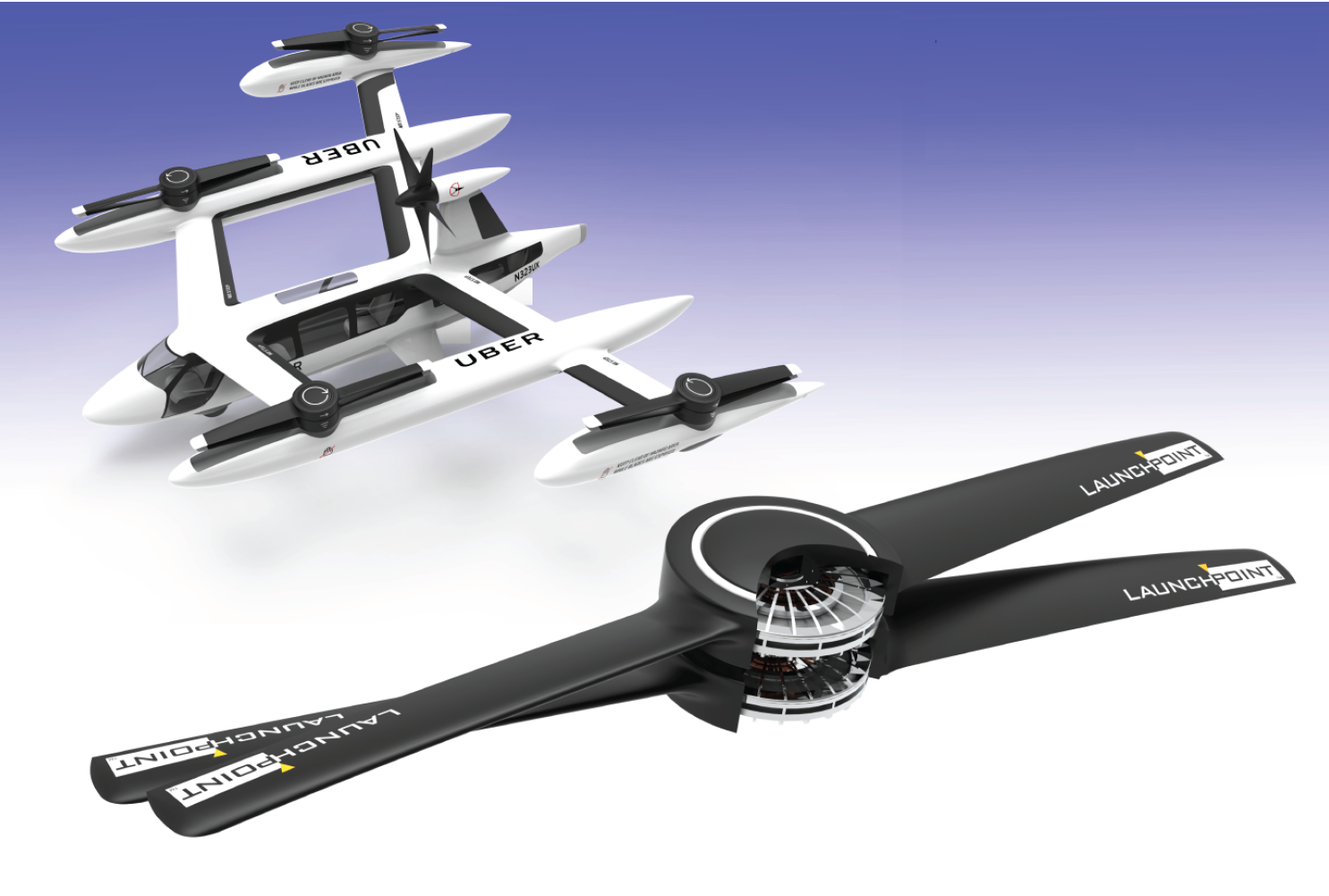 Backed by 11 years of technology development, a new startup has been launched onto the market to provide electric propulsion systems for aircraft, starting with drones but aiming ultimately at urban air mobility.

Goleta, California-based LaunchPoint Electric Propulsion Solutions (EPS) has been spun off from technology incubator LaunchPoint Technologies, which has been developing power-dense Halbach-array electric motors since 2009.

The company is focused on commercializing motors, hybrid-electric gensets and control software developed by LaunchPoint, as well as modeling tools for designing electric aircraft propulsion systems.

Initially, the company is marketing 6-kW and 40-kW hybrid-electric power systems to extend the flight times of unmanned aircraft. These systems comprise a reciprocating engine, motor/generator, battery pack and an integrated engine, generator and bus controller.

“Urban air mobility is going to be huge, but we need revenue so near term we will address hybrid-electric propulsion for extended flight with large VTOL [vertical-takeoff-and-landing] drones,” says Michael Ricci, chief technology officer.

LaunchPointʼs integrated hybrid power system creates an electrical microgrid on the aircraft that can enable multiple gensets and batteries to be used for redundancy. The companyʼs SmartPoint control software manages that redundancy to provide reliability, Ricci says.

In parallel with pursuing the initial drone market, the startup is developing larger motors in the 100-250-kW range to power the lift rotors on electric VTOL air taxis. A prototype 250-kW system is to be ready by the first quarter of 2021. “That will take us solidly into UAM,” Ricci said.

LaunchPointʼs electric machines are an axial-flux design based on dual Halbach-array rotors sandwiching an ironless stator. This provides high efficiency with good specific power, the company says. Power output can be scaled up by stacking motors together.

A Halbach array is an arrangement of permanent magnets that augments the magnetic field on one side of the array while canceling the field on the other side. LaunchPointʼs “pancake” motor has two arrays separated by an axial gap.

The spinning rotors naturally pump air through the axial gap, self-cooling the machine and removing the need for liquid cooling. The high efficiency reduces waste heat and “self-cooling is a huge system weight saving,” Ricci said.

MAAP enables joint optimization of motor and drive system with all their design constraints, and allows a designer to quickly size a propulsion system and consider different options, Paden said. The software enables designers to make decisions early and avoid the cost of multiple
prototypes, Reali said.

While most developers of conventional aircraft are forced to select an existing piston or turbine engine and design around it, with electric technology “there are all these knobs you can play with and reasonably expect to build a bespoke propulsion system for your vehicle,” Ricci said. EVTOL production volumes are expected to be high enough “that all the pieces in the propulsion system can be optimized.”