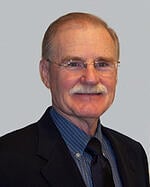 Thomas R. Mason, a recognized expert in power generation and gas turbine technology, has joined Gravity Power LLC as the new Chief Executive Officer.  Mr. Mason previously served as Executive Vice President at Calpine, a major U.S. power company and North America’s leading provider of geothermal energy. In addition, he served as President of the Calpine Power Company where he was responsible for the largest fleet of gas-fired power plants in the world.  Mr. Mason replaces Founder Jim Fiske who will turn his focus to technology development as the Chief Technology Officer.

“Bringing Tom on board is a huge boost for Gravity Power,” said Mr. Fiske. “At Calpine Tom was in charge of the simultaneous construction of 30 large power plants. With his help, we intend to beat that record.”