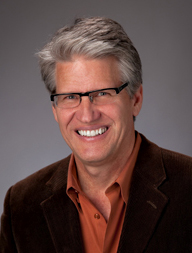 Brad Paden, PhD, Co-Founder and Chairman of the Board for LaunchPoint Technologies Inc., has been elected as a fellow of the American Society of Mechanical Engineers (ASME).  Dr. Paden is recognized for his theoretical contributions in control including nonsmooth stability theory, inversion of nonlinear systems, and control of robot manipulators. He has also led major design projects including the mechatronic design of left-ventricular assist devices (a form of artificial heart). He has over 120 technical publications and 17 patents. Dr. Paden has been awarded the ASME DSCD Kalman Best Paper Award, the ASME DSCD Draper Innovative Practice Award and the IEEE Control Systems Society Technology Award. He is also an IEEE Fellow and AIMBE Fellow. Dr. Paden is a Professor of Mechanical Engineering at the University of California, Santa Barbara, with a joint appointment in the Department of Electrical and Computer Engineering.