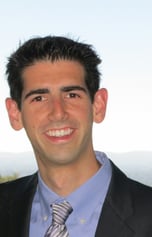 Jon is a LaunchPoint team member performing the detailed design,  analysis,         assembly, and testing of LaunchPoint’s dual Halbach array motors. He played a     key role in designing the electric tail rotor for a Bell 206 helicopter to replace the     mechanically driven tail rotor for a Navy-ONR Phase I SBIR. He has also been       developing a generator design suitable for hybrid electric power on a UAV,  and     was an integral part in designing and building the prototype magnetic                       transmission from a Phase I SBIR with NASA. Before working at LaunchPoint         he worked at Northrop Grumman, Aerospace Systems as a product engineer         and  manufacturing engineer on a variety of projects building and designing           satellite hardware. He received his bachelors and masters in mechanical                 engineering from the University of California, Los Angeles. He has also worked as   a laboratory engineer for Honeywell Airframe Systems, and performed composite materials research in the multifunctional composites laboratory at the University of California, Los Angeles.